I guess one of the advantages of having a layout is the ability to host friends models for a run on South Coast Rail.

So although I don’t model the modern era I know that if a train of container wagons gets a run on the layout, at the end of the day it will be packed up and gone home with the owner. Not that I have anything against container trains I prefer the variety of the older trains with their greater selection of wagon types.

Although I don’t possess a 38 class, South Coast Rail has been the test bed for models 3801 and also 3827, both resplendent in green.

Today was 3827’s turn and apart from the vibration noise in the tender performed quite well.

Here is a selection of shots of 3827 on her maiden run on SCR. Thanks guys for all the rabbit stew recipes sent in. I have decided to include to the blog a picture of 'Rusty'.

If you look at the picture below you will see that he has picked out his next pile of model railway magazines for reading. As you can see that pile is going to take him ages to get through. The majority of his day is spent eating and generally sitting around looking stupid. So I welcome his new found interest in model railways and hope he doesn't demand the light being left on at night so he can get through reading the mags. 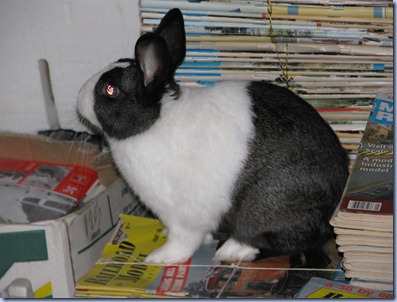 I tried the red eye reduction on his picture but his eye is that freekin big it didn't seem to work. Normally his eyes are blue and only turn red after a heavy night of drinking.

Well its been a while since the last post mainly because there has been nothing doing on the layout to report of.

Christmas and New Year has been and gone and I am two thirds through the holiday break and I have been doing mainly sanding and painting bedrooms. Unfortunately this work has to be done.

With the "too hot to paint" words still ringing in my ears I met up with my wife in the shopping centre and told her these very words. Being the great wife she is, she had no problems with me having a 'painting' day off.

What to do. I had an idea that I wanted to try and construct some 'blackboys'. If you don't happen to know what they are you can also google 'grasstree'. This is what the thought police want us to call them now so as not to offend? 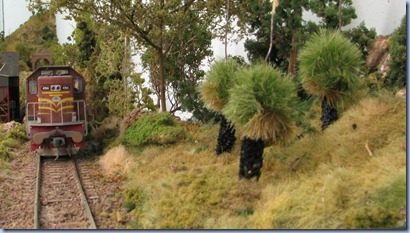 I eventually got all the ingredients together and have made the first three that have been stuck into a bit of scenery to see how they would go. I am fairly pleased with the first couple but will hopefully improve on the next batch. 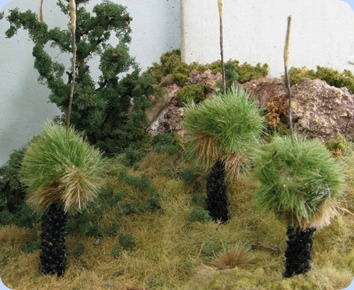 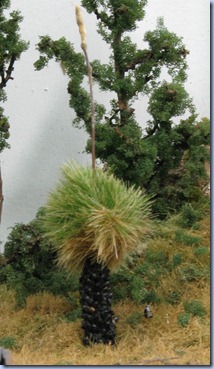 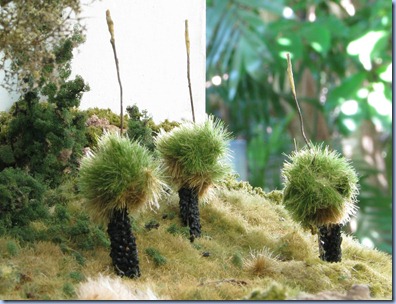 They come in all shapes and sizes and by the similar sizes of these three I would say they are all related having grown up in the same area.

I have also included two other shots around the tunnel exit, one of a 421 class and the other of a 49 class in the same area 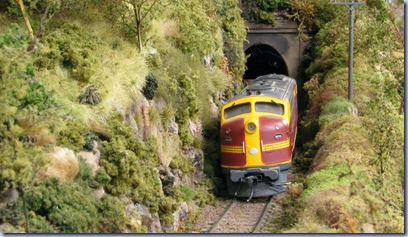 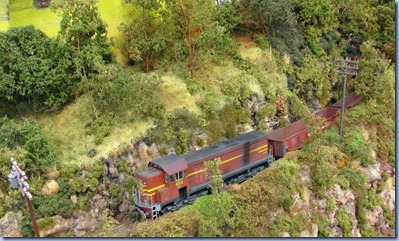 I am not sure how much I will get done in the next week down the shed. I want to tick the boxes with the rooms redone. One room will become a study and will have the computers set up in there. This blog is being typed from the servery with all the components being spread out on the bench top. The new case was left out on the lounge one night by mistake. The next morning there was a pile of cut wires and soon the penny dropped that the house rabbit 'Rusty' had been up to his old tricks and chewed the computer cables and rendered the unit useless.

Does anyone out there have any good rabbit recipes they can send me?