Well it proves one point, if you want you locos to turn up just go out for the day!. Although it wasn't supposed to be there, coming home this afternoon a trip to the letterbox revealed an Australian Post parcel in the letterbox.
L what have I got here and I was correct. A quick rip of the parcel apart revealed Auscisions latest offering. The biggest part of the puzzle was how did the L class overtake the 46 class along the way? I'm sure the 46 was announced way before the L and after seeing the pilot model at the Liverpool exhibition back in 2013 (or was it 2012?) I thought they would be here first.
Followers of this blog will know that I have branched out with a sympathetic pocket to also model the Victorian system. Having Candelo set up as a loco exchange point it seemed obvious to also have a Victorian electric doing exchanges. I am only getting one L class as the Victorian fleet (at this stage) is smaller than the NSW equivalent.
As has happened with the last two blogs which at this stage seem to be a "welcome to SCR" page for new locos. Getting  it out of the box comes the obvious question of how do the pantographs come up?
Is there a button or a switch underneath. Worse I thought if there is a DCC function that operates the pantos they will be forever down. We read how fragile these locos can be. The instructions which men don't usually read were actually read so I could work out how to get the "antlers" up. I was warned in the text not to place the loco upside on the pantos, not to place it on its side or the mirrors may break off but nothing about how to get the pantographs up. Eventually with a slight twist they were free and reached for the sky. After a quick check on Railpage a while ago, I realised I wasn't the only dumfcluck and a few others had the same problem. Well I'm not sure why I bothered as I haven't got any overhead erected at this stage. 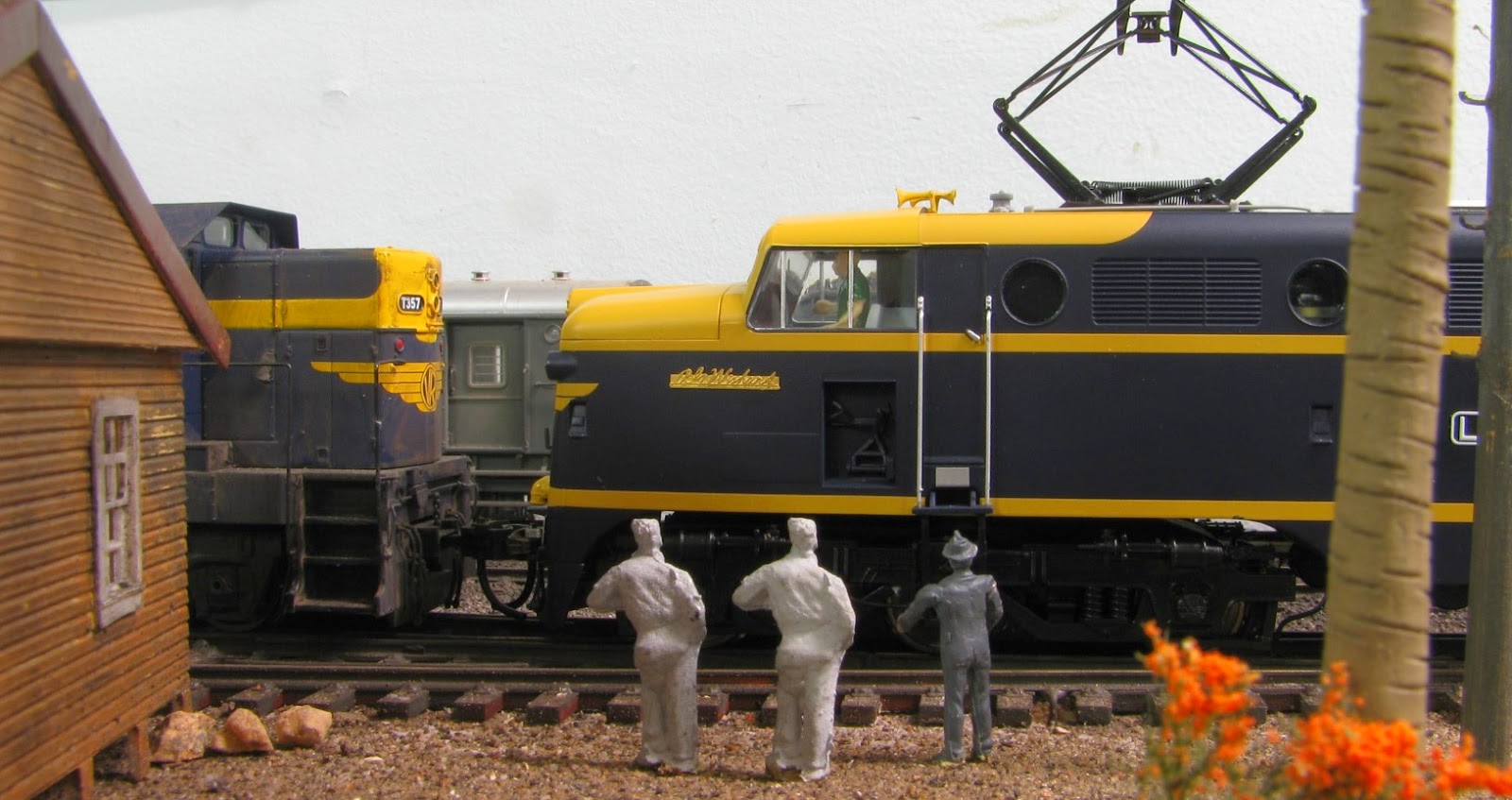 The loco was placed on the track in Candelo loco and the same three dudes that welcomed the 48's and the 45 class were there to welcome into service the L. I told them not to go anywhere and 'stick' around because I'm sure they will be needed soon for the 46's arrival. 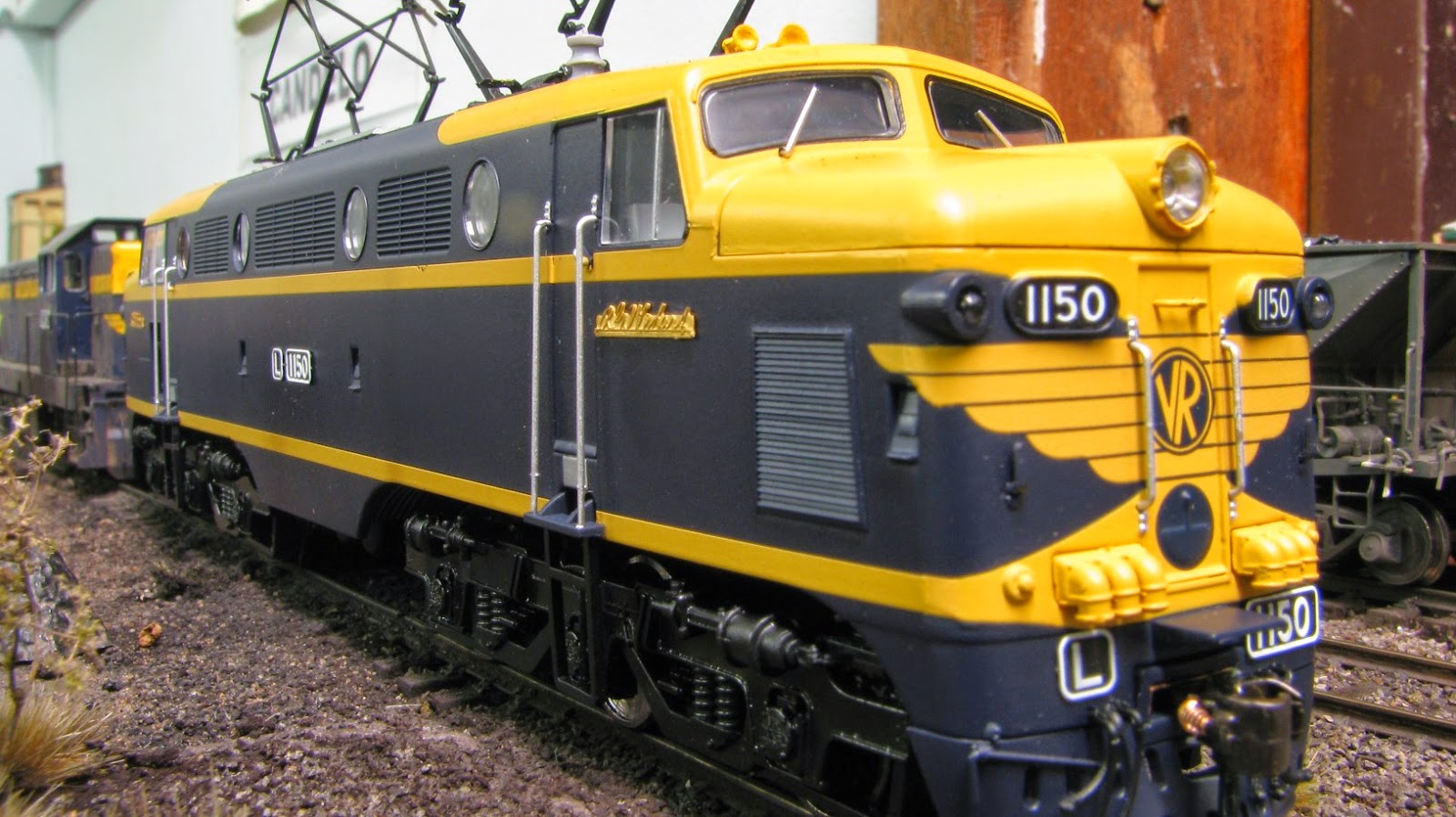 The loco looks fine to my eyes and ran smoothly hauling a set of E cars. I must admit I had to check prototype photos when I saw the model with what looks like a car bonnet in front of the cab. I can imagine a giant coming up to the loco and saying to the driver, "Want me to check under the bonnet?" 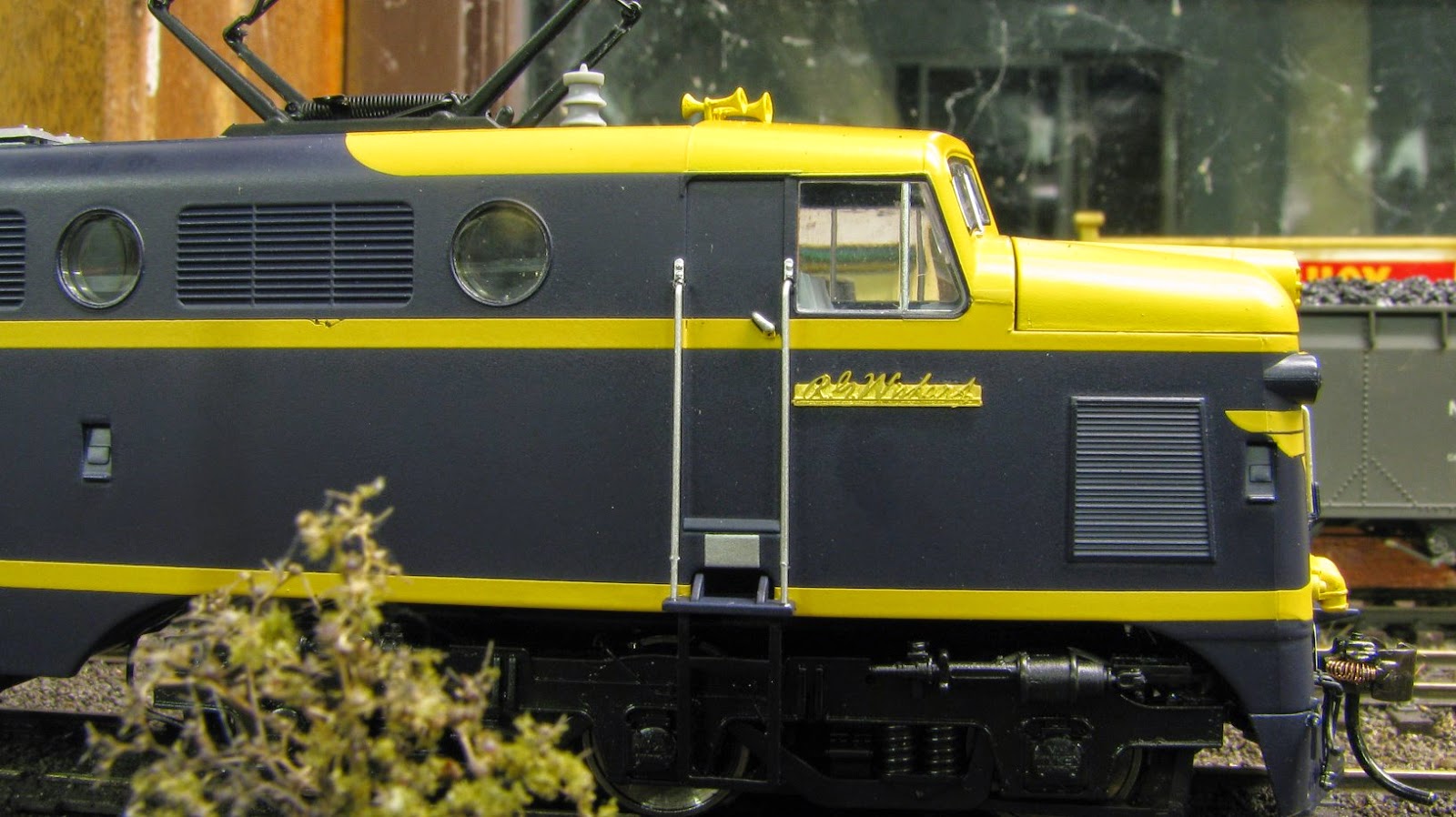 The model I got was L1150 which was personally signed under the cab window by some one. Not sure if this is the first case of graffiti on a loco.
I am wondering how many modellers will purchase these electric locos and be happy to operate them without any overhead wiring but get upset when minor things  are wrong with the locos such as parts in wrong places, painting finishes etc.
Now as you would expect in the following photos a diesel was used to place the train in position for photographing. The photos were taken just outside Candelo and near the cement plant. 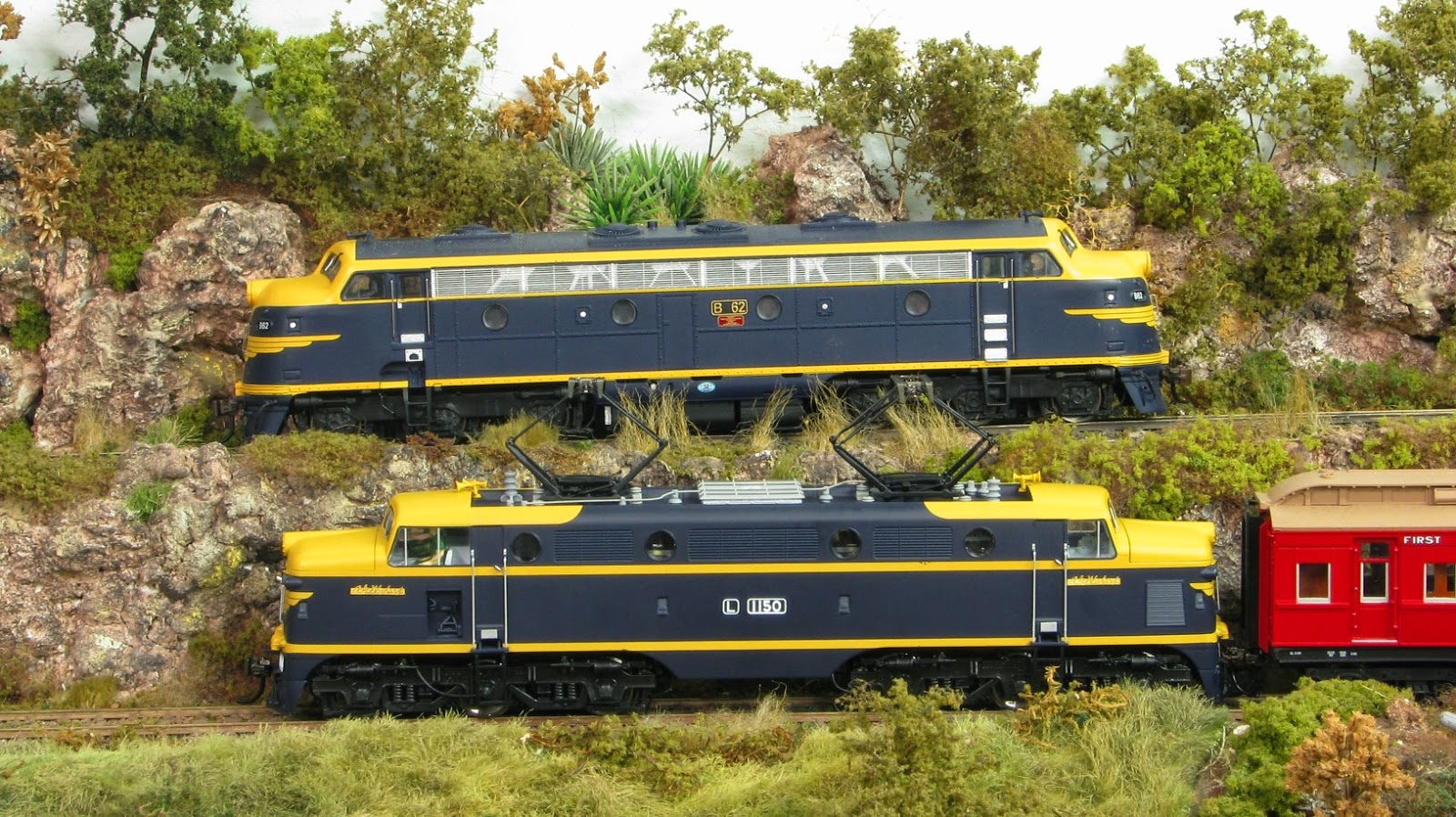 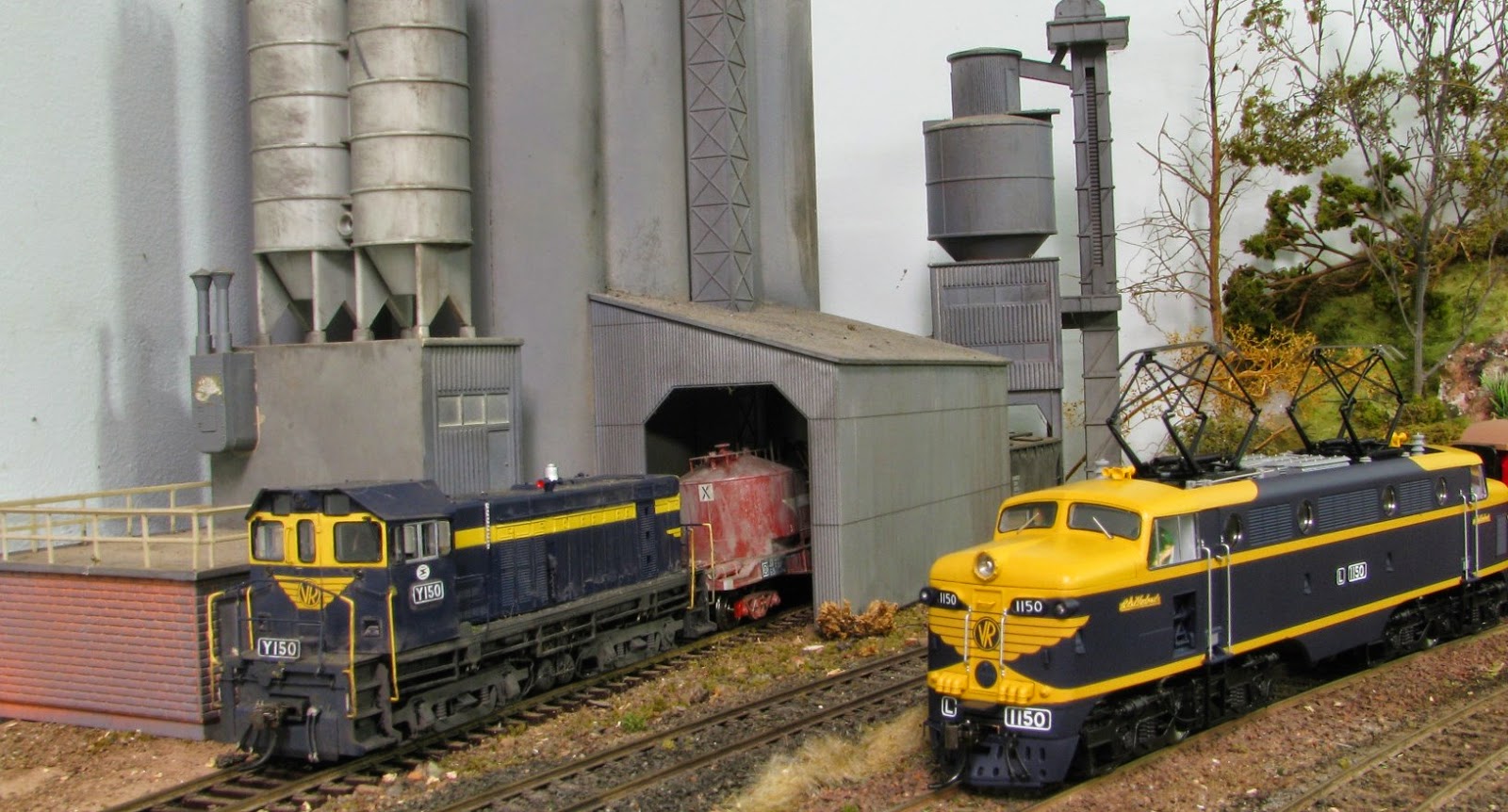 Coming soon to this blog - NSWGR 46 class, watch this space!