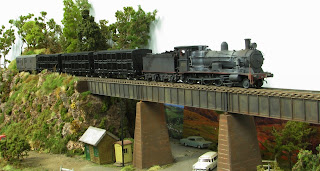 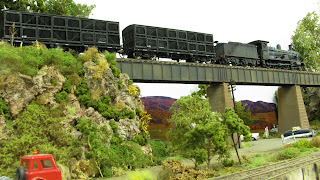 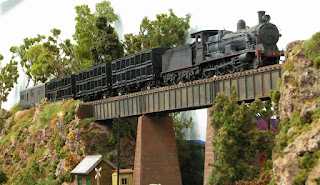 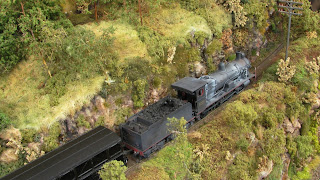 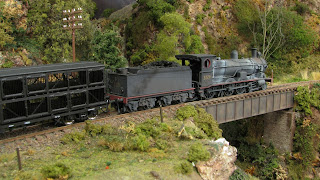 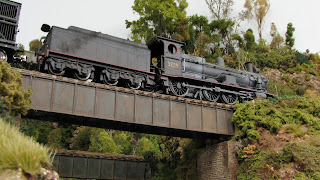 First off, all's OK. It seems like its a long time between blog these days. I have had a few other projects on and the cold weather on at the moment isn't helping.
Its been a while since I have been down the shed.(Its hard to walk around the layout with a blanket wrapped around you). Ever try operating your throttle with ski gloves on? So progress is slower during the colder months.
But I had reason to go down there today when a package arrived in the mail this week. I was a bit concerned had the postman been watching the Olympics and tried discus throwing my package from Uncle Ron up the driveway.
I knew the BSV's were due but have now resolved as with many other models not to worry about when they will arrive. Its become a dying hobby in more ways than one. That Bee Gee's song "Staying Alive" becomes more relevant as each day rolls by.
Friday was spent drooling over the BSV's and Saturday wiping it off. I was always reluctant to buy the Bergs bogie sheep vans as they were not a well done model.
As I model the 50 to early 70's era (allowing for the 422 class when ever it gets here) I haven't been interested in many of the recent releases. The Austrains 4 wheelers will fit the bill and I hope in future JE will release these a single wagons for purchase. 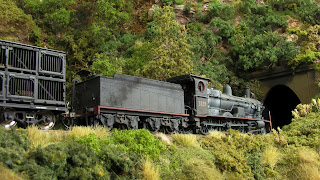 So to celebrate the BSV's arrival I managed to get the 32 class to take the new wagons on a trip around the layout. The following shots were captured at the usual gunzel spots, so I hope you enjoy.
Hopefully they will get a good dose of weathering and allow them to blend in with the rest of the stock.
Posted by South Coast Rail at 12.8.12 1 comment: