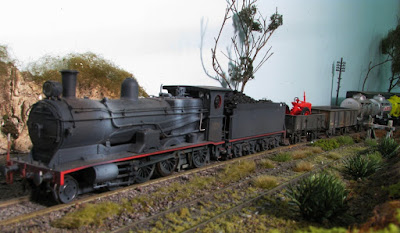 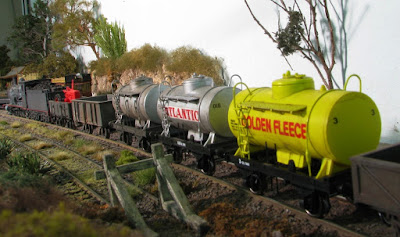 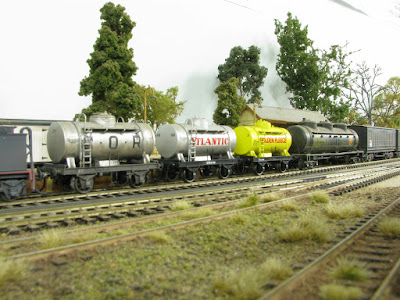 CANNISTA:
What is it you say? Well if a barista does things to coffee, then a Cannista does things to cannisters, or more importantly ex film cannisters.
There seems to be a recent interest in the use of old film cannisters for model railway purposes.
This to me has become a sieze the moment event. I like most others have gone digital photography and the humble film cannister has gone the way of the VHS tape.
I could see the potential of these items and their size really suited them for HO scale. Too big for N scale and too small for O scale they were just right.
My next dilemma was - Did I have any?. I thought I had left my run too late, my old 35mm camera was given away a few years ago, so why would I have any cannisters?
Taking a chance I went to my wardrobe where the last known said cannisters were know to have lurked. But alas none. I then went to the next cupboard and bingo I discovered two cannisters (complete with film and no camera to take it with).

Anyhow I took them down to the layout and put one each way up between the oil siding and the to be milk factory. So this is where they remain.
I'm not sure how I am going to use them but are open to suggestions. The could either be a milk vat or for oil storage? What do you reckon??
Posted by South Coast Rail at 13.6.11 6 comments: