The Victorian narrow gauge system only had two types of locomotives. Firstly there was the NA class 2 - 6 - 2 tank style locos. While they were capable of hauling most of the traffic on each of the four lines, traffic on two lines, the Colac, Beech Forest to Crowes line and Moe to Walhalla the traffic offering could exceed the capacity of a single NA and hence the G class garratt was produced. This was capable of doubling the load of an NA and saved employing a second crew.

Only two were built to an order in 1925 from Beyer-Garratt and arrived in Melbourne aboard the S.S. Ferndale in April 1926. They were numbered G41 and G42.

For those modeller wanting to model the Victorian narrow gauge line, there is the ready to run Haskell NA model and it was this model that got me modelling this prototype. There had been some brass NA models made in the past as well and were naturally more expensive than the Haskel models. The elusive G class being a larger to produce and less sort after model than  say the NSWGR standard 60 class garratt was always going to be rare. I believe it was made as a kit by Badger models and are a rare and sort after model.

Another source of the G class was via the Shapeways 3D printed model and it was this style of garratt the has recently graced the tracks of South Coast rail. The model was constructed by Mick Bennie who I met this week after travelling up to Sydney via Canberra for a run. It was great to finally to see a model of the beast on the track. The model was originally produced in 7mm scale but I believe it is now possible to get a 1/4" 3D model produced. The end product sits slightly larger than an NA but out on the track on its own it is hard to compare. So other than snaring a rare brass model or scratch building your own it is out of reach for VR narrow gauge modellers.

So while Mick was here we were able to pose the loco around the layout for photos. Below are some of the shots I took to record this historic event. Sadly now the loco is on its way back home. 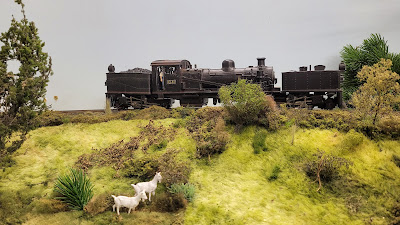 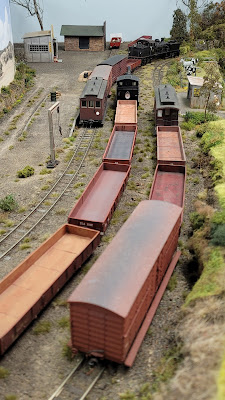 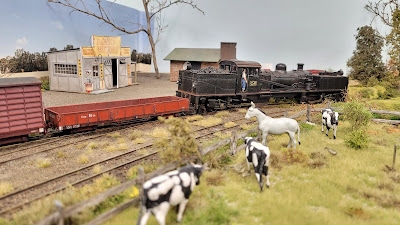 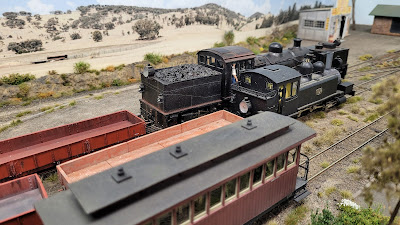 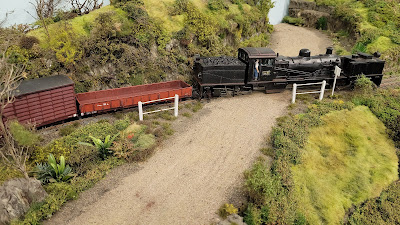 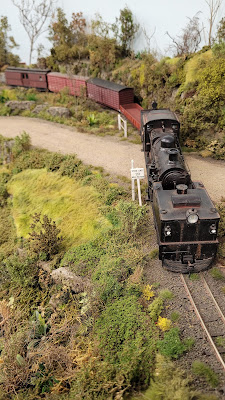 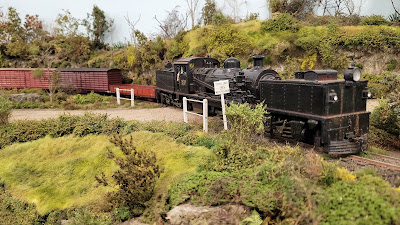 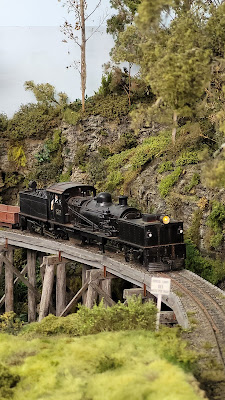 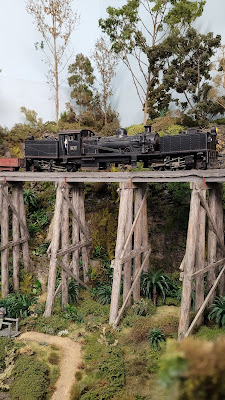 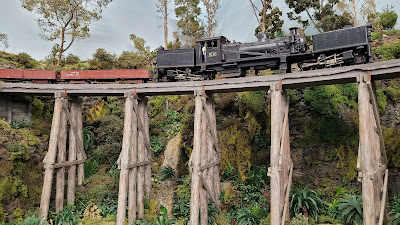 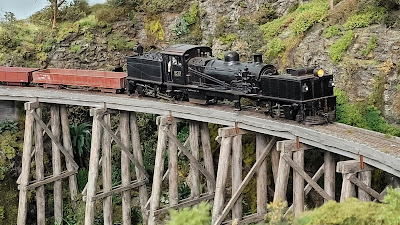 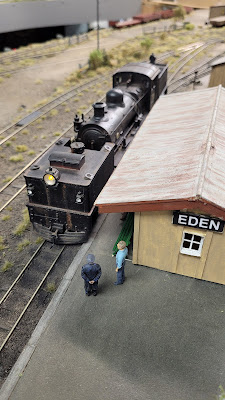 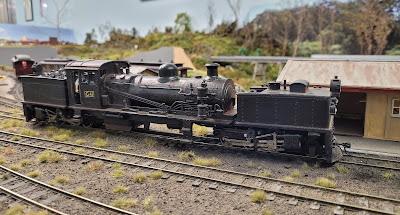