One thing I can say about modelling narrow gauge in O scale is that there is not a lot of structures available that represent a prototype I am modelling that being Victorian narrow gauge. There was a fairly good ranges of buildings and other infrastructure that was done in the past by Ian Lindsay Models. I was lucky that I decided to do the change to this scale and caught the tail end of models from Ian Lindsay. They were mainly VR narrow gauge such as a goods shed, a station building and purely VR narrow gauge buffer stop. Many of these await their time to be assembled and placed on the layout. They are currently asleep in a bottom draw.

New to me was a water tank produced in 3D printing and is basically a two piece kit. The kit was produced through Brunel Hobbies in Melbourne. I believe this hobby shop has changed hands so I am not surewhere they can be purchased now. Will try and get some details. There is an upper tank and then the tank stand. Also supplied is a ladder and decals for the water height in the tank. Although it might be considered pricey for what you get ($89) all the hard work has been done. All it needs is a cleaning up of flash and painting. There is no need to chase up a corrugated tank or source timber for the stand. There is also the fill pipe and the outlet pipe has the water taps cast in. All in all a good kit.

The kit comes with excellent instructions, well set out and easy to follow. Colour photos are provided through out.

The first thing required is to remove any excess flashing which is minimal. I then gave the tank and stand a spray of Tamiya primer. After that the tank was sprayed with Tamiya Dull red in a spray can as recommended in the instructions. After the red had dried I painted some rust paint diluted with isopryl alcohol. Also the outside of the tank had weathering done by using Tamiya khaki drab painted on also using isopryl alcohol which basically works as a thinner.

The base was painted a grey colour, can't remember which one but there were many in the draw. By using a lighter base then you can apply a darker paint over it to show variations in timber colour. The bolts have even been modelled as can be seen in the above photo. Just hit them with a brown marker pen to highlight. I also used some chalks brushed on for variation.

After the tank stand was finished it was onto the filler hoses and a great tip from the instructions was to use the elastic strips from the currently in use surgical masks. I didn't have to go far to find some in the house. They work well and look like flattened canvas. Some weathering finishes them off. I don't think these would work for any other scale than O scale.

So when I was happy with the tank and stand I then thought of what I would use to fill the tank to represent water. I had on hand some Woodland Scenics Realistic Water. I wasn't completely happy with it as you can only pour a small amount, let it dry and then top up. It also dried white cloudy, not what I wanted. As luck had it I was doing a pour on a nearby river and poured some into the top of the tank. The resin had a slight green tinge to it so it looked the part. I would reckon for every 2000 photos of water tanks there would only be one that shows what the inside of tanks look like. I didn't take it right to the top, maybe suggesting that an engine had just refilled with water.

I was wondering what was on the tank/water end of the chain but after looking at a few plans it seems the float was simply a lump of timber. Most timber floats. I got a small piece of timber and drilled a hole through the middle and inserted some thread I have had on hand for ages. It really looks like chain. I have a big bundle of it ready for more chain work. I had to insert the timber and chain into the resin before it had set and then hook the 'chain' over the top wheel. There is not much of a groove for the chain but it sits there quite well. Before this was done I got some rust coloured paint and painted the whole length. It certainly looks like a rusted chain.

After the resin had dried I was able to stretch the chain down to a position where it reaches the indicator and cut to length. Being slightly flexible it was not critical to get the length exact as it could be stretched into position. With a small amount of superglue on the end of a piece of wire the end of the chain was placed just above the indicator. I felt that doing this finished the model off and even a small feature it looks the part.

The last thing remaining to do to the tank was to apply the water level indicator to the side of the tank. When you first look at it it seems wrong but then because of the reverse wheel at the top, when the float is at the top, the chain extends down to show the maximum level. A white decal is provided with 0, 1 and 2 printed on it. My thoughts are that the numbers have been printed off centre to the right and should be more centred. I will also weather it up. But it looks the part. A 3d printed ladder also comes with the kit, which I will attach to the tank when the final tank position is selected.

Hopefully with the advent of 3D printing some more cottage industries will fill the void of mass produced models not being made by the big companies due to limited sales.

This is an excellent kit and as they say 'get them while you can' Thanks to Brunel Hobbies for producing this kit.

Things are slowly moving forward and luckily I had my camera with me when a double headed NA livestock train went past, so here are a few of the photos: 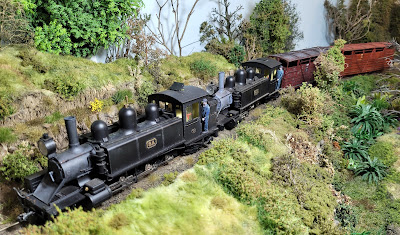 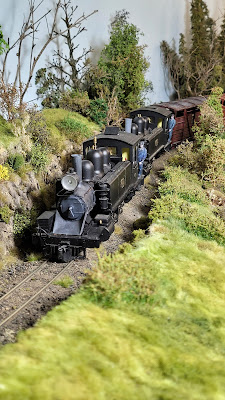 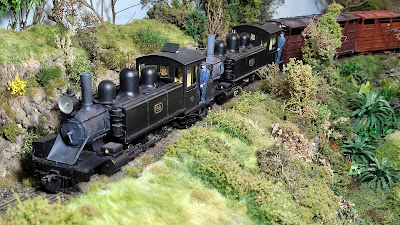 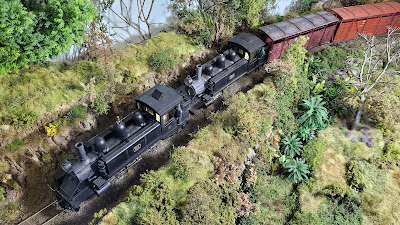 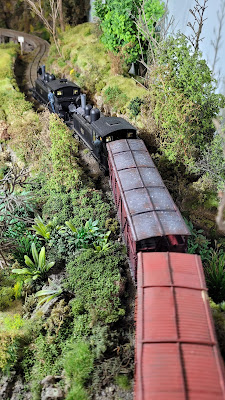 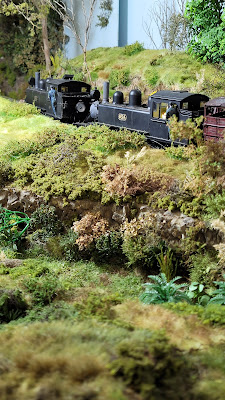 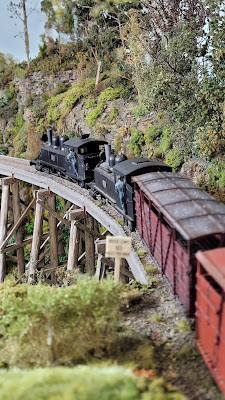 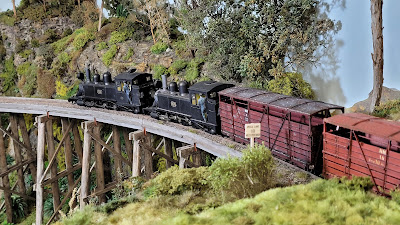 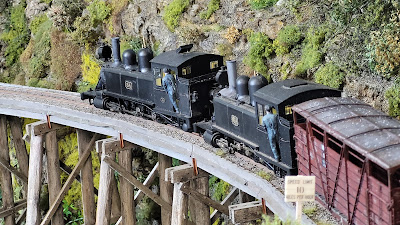 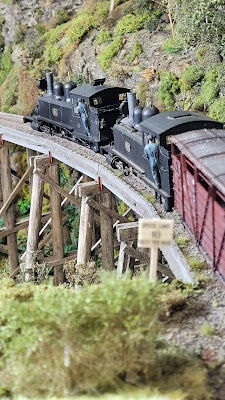 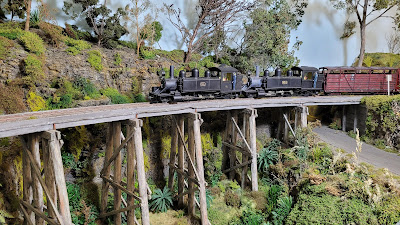 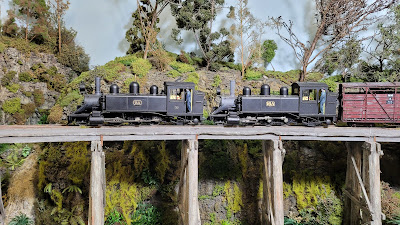 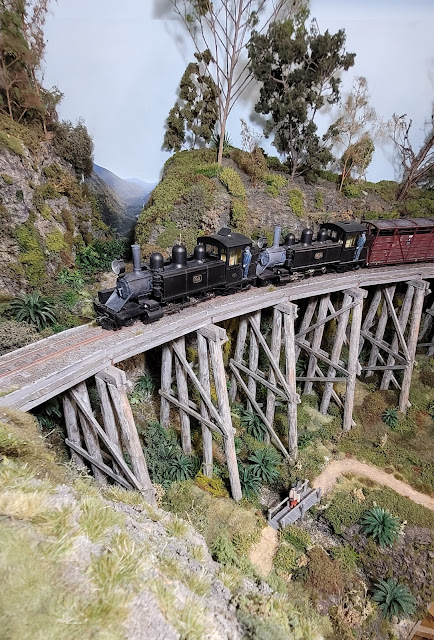