Thanks Budd
The last blog showed the very early days of the conversion of the Athearn Budd cars to something that will hopefully run better and look closer to its New South Wales counterpart.It wasn't long after the blog had internetted that I had an email from a former work collegue Jim Harris who sent down some of his collection of Budd photos. He has given the Ok to share them with the world. 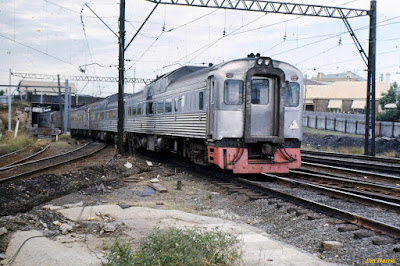 The first photo is the Down South Coast Daylight express taken near Erskineville Junction. I believe the ESR hadn't been built at this stage and the tracks to the left were from the Alexandria Goods Yard.
The next photo I'm not sure where it was taken. Any guesses out there? It looks like a delivery/test run. Look how clean the pilot is, no grime as yet. 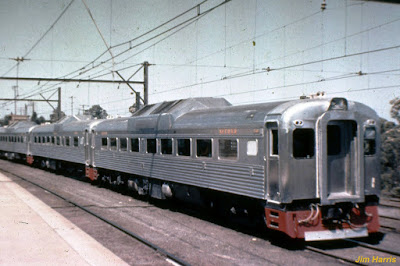 The next photo was taken near Waterfall obviously before electrification had reached there. 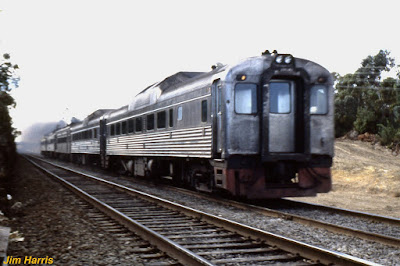 The last shot of Jims was taken just north of Kiama with the Budd set headed for Bombo which shows up in the last photo. This shot clearly shows the 'weathering' on the roof. 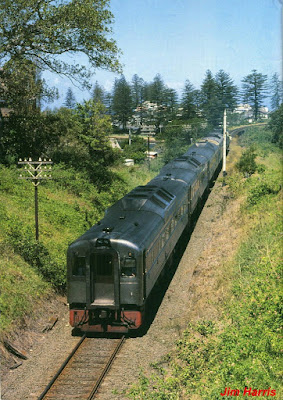 The last shot by an unknown photographer (I think it was off a calendar) typifies what I love about the South Coast scenery. This is as close as the lines in NSW gets to the surf and certainly would make a good modelling challenge. Also located at Bombo is a blue metal gravel quarry which would add operating interest.
The photo also shows the South Coast Daylight Express in its final form as a loco hauled train. Included in the consist are some of the 1200 class Tulloch cars originally utilised on the Riverina Express.
The site of the first photo at Erskineville is where a derailment occured 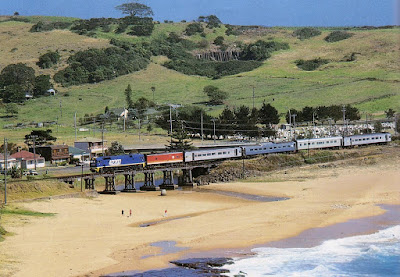 and a descision was made after this not to repair the cars but convert them to a loco hauled set.
RIP Budd cars.
Posted by South Coast Rail at 27.8.10 4 comments:

Hey Budd can you spare me a dime...
A line probably often said in the U S of A. My main emphasis of attack on the layout has been to get the scenery done and worry about structures and assembling unbuilt kits at a later time. 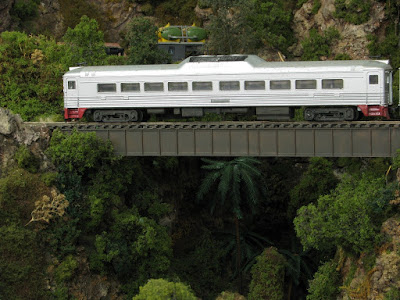 Well I decided to have a change of direction and finally have a go at getting a set of Budd cars modified to work on South Coast Rail. Those of you familiar with these cars will know that they spent most of their lives on the South Coast trundling back and forth between Sydney and Bomaderry. Towards the end of their service they spent time working between Junee and Griffith. Not so long ago when the Aussie manufacturers were sprouting all the models they were going to manufacture, Eureka announced they were going to produce the Budd cars. Beauty I said I'll get a set of those. But despite all good intentions these models seem to be way in the future.
So for the last twenty years or so I have been collecting the Athearn Budd cars. One that I had purchased twenty years ago and recently at a second hand stall at a model exhibition I cracked the jackpot - a rubber band driven Athearn Budd car. Cutting edge technology when they were introduced, but wouldn't cut the mustard today.
When I got the power car home I put it on the layout for a test run. Plenty of noise but no movement. So when I got the body off there were no rubber bands- perish the thought. So I was getting nowhere, and neither was the Budd car. 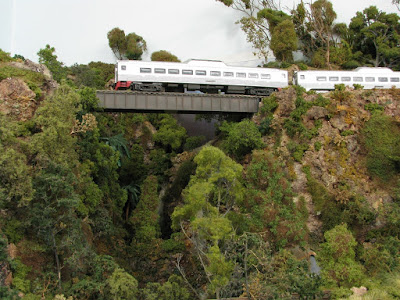 I was about to throw the remotoring question to the forum floor, when I happened to mention about the remotoring problem to a good friend Bruce at work. He has a fantastic memory of articles and also a collection of bits and pieces that I'm sure would put a hobby shop to shame.
A few days later he came in to work with a regearing kit for the Athearn Budd cars. So today I commenced to have a go at kit bashing, a little bit out of my comfort zone of scenery.
At this stage I have managed to get the horse shoe shaped gear train into place and a new mashima motor into place. All thats needed at this stage is to connect up the motor with the gear train, wire up and we might have movement.
Now as luck would have it when Athearn made these cars they were not made to the full length which makes a NSWGR representation more acceptable. Proto 1000 have made full length cars and these would be okay to represent the Commonwealth Railways Budd cars which were longer than NSW. I found a good coloured Budd picture today in the "Remember When" book on page 44. It has good front on detail and also shows how the front pilot/cowcatcher was painted a red colour.
Comparing the model with the photo some of the cosmetic changes needed are to replace the single horn with two single ones, fit some jewels into the lights and fit a diafram (I know thats the wrong spelling but thats how it should be spelt). I might consider fitting a new wrap around pilot. The Athearn model has recessed steps under the front door and the NSW model has cut outs. The front windows could also be filed longer. Yeah if I run a four car set I might be able to get away with just doing the end car windows. 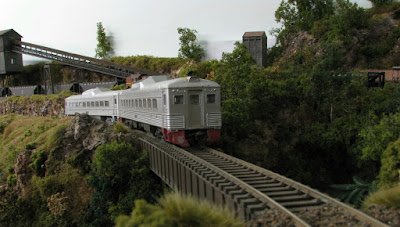 An instant improvement was to paint the bogies and undergear flat black and run over with a wash of Tamiya Khaki drab to give that weathered look. You can see this in some of the photos.
Anyhow when the four car set gets into service on South Coast Rail, that fact that it will be a near enough model won't faze me. Well I can always say this was a second modified set that was purchased to operate way down to Bega. There you are justification. I'm felling better already.
Posted by South Coast Rail at 14.8.10 1 comment: